Featured Article: 5 Must Have Card Games For Family Game Night

5 Must Have Card Games For Family Game Night 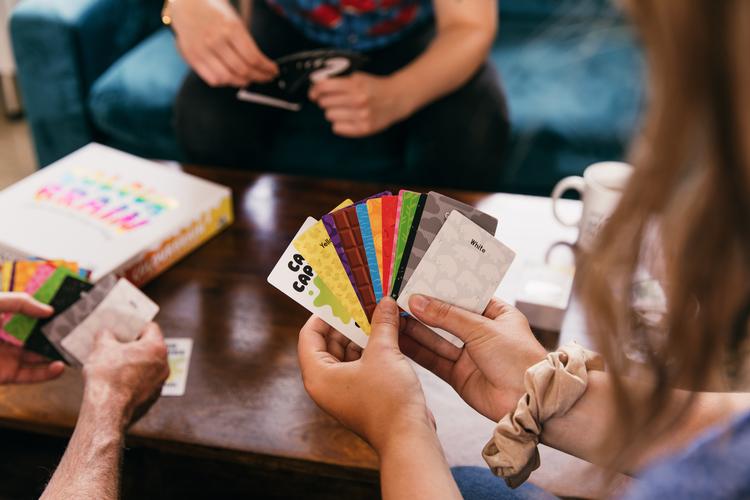 Bored of always playing the same few games? Change up your game night routine and include some exciting and thought-provoking fun games for the whole family!

Quick, name 3 Disney characters that can fly! Maybe that wasn't too hard for you, but could you do in just 5 seconds? 5 Second Rule is a game that embraces quick thinking and creativity, and can lead to lots of laughter! See how many silly ideas come to mind when you only have 5 seconds to think!

A classic party game, Apples to Apples brings everyone together with its fun and simple style of play. Characters take turns as the reader to draw a green card, which says an adjective, like 'desperate'. Then, all other players choose a red card from their deck that describes 'desperate', and the reader mixes them up and chooses the winner! Readers may choose any card for the winner, so your strategy on humor or accuracy may change depending on who's reading the cards this turn.

If you enjoy Scattergories, then you're going to love Name 5. It features oddly specific challenges like, 'name 5 sports teams whose names are animals other than birds' or 'fruits that begin with the letter A' and has the added fun of a board to travel around as you play.

If you're good at reading people, or enjoy playing mind games, the Game of Things is the one for you! Similarly to Apples to Apples, players take turns being the reader, and draw a card from the deck. The card will always start with 'things', like 'things that you wouldn't want to see on a billboard'. Then, the other players can write anything they want as a response, fold up their paper, and return it to the reader, who reads every response. Then, players who aren't the reader take turns guessing who wrote each response. Answer as yourself, or trick your competitors by trying to sound like someone else, but either way, the Game of Things is a mind game that can have you laughing for hours!

Ready to get your game night on? Invite some friends, put down the phones, and pick up some cards for a fun night to remember!