Article: Music in The park

Music in The park 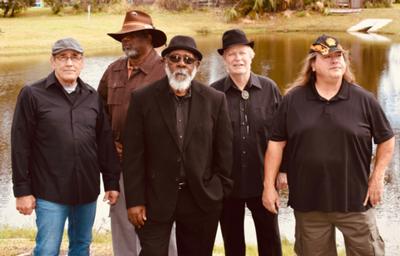 Packrat Smokehouse will bring their blend of Florida Swamp Blues to Highlands Hammock State Park on February 15th when they play from 7:00 p.m. to 9:00 p.m. in their first appearance on the Music in the Park stage.  Admission is $10 per adult. Accompaned children 12 and under are free. Park entrance fees are waived after 6:00 p.m. The Hammock Inn concession is open and food vendors are on site.  Pets are not permitted, so please no dogs.  Bring lawn chairs, blankets and flashlights and enjoy an evening of music under the stars.  The park is located at 5931 Hammock Road in Sebring.  Concerts are sponsored by the Friends of Highlands Hammock.  All proceeds benefit park improvements.

The band, which originated in New Smyrna Beach, Florida, is deeply rooted in the traditional raw, gritty blues of the Mississippi Delta and the electric energy of Chicago urban blues.  Founder Anthony (Packrat) Thompson was influenced by blues greats John Lee Hooker, Jimmy Reed, Howlin’ Wolf and Sonny Boy Williamson.  Exploring a common interest in roots blues music, he teamed up with lead guitarist Robert (Lightning Boy) Thomas, whose early musical efforts involved southern rock.  Thompson powers the band through his blues harp, songwriting, and husky baritone vocals together with Thomas’s driving guitar.  Rounding out Smokehouse are Kenny (The Wizard) Sly on bass guitar, Aaron (Pop) Watson on drums and newest member Pete Beers on keyboards. Old southern legends, folklore and ghost stories of bygone days are central to the music in addition to blues classics. Smokehouse’s third release “Cadillac in the Swamp” received honors when a writer from Living Blues Magazine stated, “The year 1995 was a great one for blues recording, but this irrepressible set of updated swamp blues earns this reviewer’s vote as the best of the lot.”   Their music was also featured in a 1996 television production, “Savannah,” and a 2004 film, “The Road to Canyon Lake.” Check out Packrat Smokehouse atwww.packratssmokehousemusic.com/epk-1.    The California Toe Jam Band is scheduled for March 28, followed by T. C. Carr & Bolts of Blue on April 18 and Toney Rocks on May 23.  For a complete list of special events being held in Florida State Parks, visit https://www.floridastateparks.org/park/Highlands-Hammock and check out the Friends of Highlands Hammock Facebook page www.FriendsofHighlandsHammock.org
Disclaimer: The views and opinions expressed in this article are those of the authors and do not reflect the views, policy or position of Sebring.com