Article: The History of 3-D

The History of 3-D 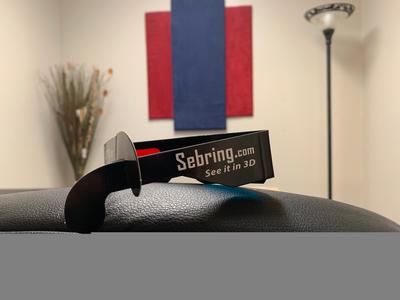 3D films and photos have been popping up more and more, especially with all of the new technology that has emerged over the last several years. But do you even know how 3D imagery came about? It actually started earlier than you might would think! It was introduced in the early 1800's, and was called Stereostopic photography. It was based on binocular vision in where the action of the brain is associating two different images (each image is seen through a different eye) as one image. That creates a depth effect, therefore giving you the 3D image.

Sir Charles Wheatstone started the stereostopic photography in 1832 when he invented this binocular type device. However, his design did not pick up any steam until the late 1840's when Sir David Brewster made a few adjustments. In 1851, at the Great Exhibition, Brewster exhibited his refracting stereoscope to Queen Victoria, who fell in love with it right away. Within a few months 250,000+ stereoscopes were being sold and shipped along with the prints previously taken. 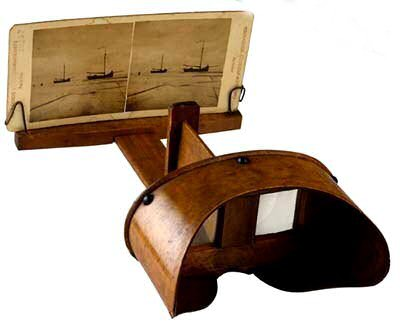 Some people had complaints about the stereoscope though. They said that it gave them headaches which made it hard for them to enjoy the images. It can be hard for the brain to combine images into one, which also created visionary problems for constant users. Oliver Wendell Holmes was particularly concerned about this, and so in 1861, with the help of Joseph L. Bates, designed a hand held stereoscope, that allowed for individual adjustments to be made for viewing distance and it solved the headache issue as well.

Since it was not a copyrighted material and no one laid claim to it, thousands of copies were made and distributed, therefore making Holmes' new invention, relatively pointless. In the 1870's, with the financial crash of 1873, many photographers were put out of business or were forced to cut costs, which led to decline of the quality of photos, and therefore a decline in viewing experience. Mostly larger companies survived this hardship, while smaller companies perished. It wasn't until the 1920's that 3D images made a comeback. 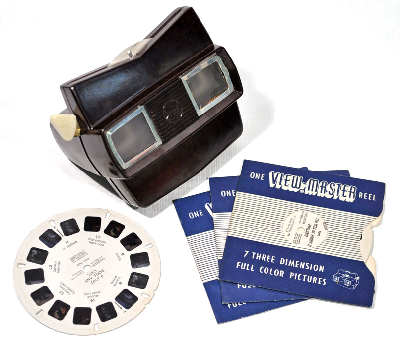 The Keystone View Company made stereo views until color television came along in the 1960's. They made a “View-Master 3D”, pictured above. Almost every household had one of these, as it was the toy to have. You might be able to find some of these laying around in a store somewhere, to this day.

3D technology has progressed so far, so that all we need now are paper glasses with a red and a blue lens. They even make special cameras now, that will take 3D pictures and, as long as you have the appropriate eye wear, the images can be seen as clear as day. Here at sebring.com, we are launching a new section, which includes ALL kinds of pictures from ALL around Highlands County.

Sebring.com is launching its own set of 3D images!
If you are interested in viewing these 3D photos, leave us a comment down below to request your pair of sebring.com 3D Glasses OR pick up a pair from James at Top Hat Coffee in Sebring, Florida.