Article: Find out what you missed!

Find out what you missed!

by: The Big Show Bass Tournament 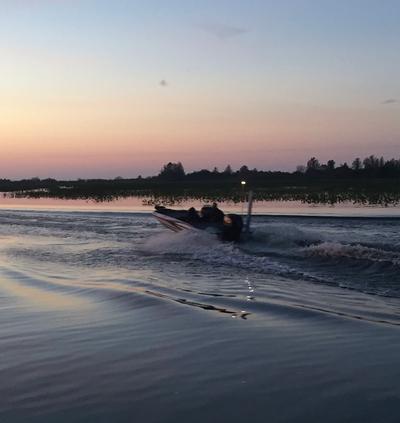 It started off a chilly morning, but with a rising barometer and clear sky’s it ended up being a beautiful for fishing! We had 31 participating boats that brought in 95 fish weighing 231 pounds. Gary Wilt caught the big big fish of the day weighing in at a even 8 pounds.Gary said he was fishing the east side of the lake south of the long point and just north of trails end fish camp. He was flipping the penicillin reeds using a 3/4 oz blue black medlock jig with a green pumpkin chunk. Speaking to our first place winner,Dave Overstreet, I was told he caught his fish in the water (thinks he’s funny)finally after making him feel guilty he said he was using zoom speed worms most of the day,my response was great and thanks for the info. Apparently I hit a nerve and he decided he couldn’t lie to me informing mehe caughhis last two fish in the last 15 minutes both weighing 5pounds on ,are you ready, a rage space monkey! Regrettably he would not divulge the color😖I tried but no way would he give it up.Overstreet stated he fished around the islands in the reeds and pads just like everyone else he was fortunate to find a sweet spot holing 10 pounds of fish to put him on top for the day

Solar is Hot in the Sunshine State

Solar energy has made it's mark on Central Florida, for good reason.

5 Beaches to visit in Florida

Here are a few great Florida Beaches to visit this year.

Check out these tasty facts about chocolate.