As reported earlier this month in the Highlands NewsSun, Rep. Pigman was questioned about teaching Islam in school. He responded with a twisted Islamphobic response. From his experience in Iraq, he stated that the treatment of women in Islam was sexist and something that we never want to have here. He also said that you never hear proponents here mention that. Let's set some things straight.

1) Extremism of any form where people are forced into doctrines is what we fight.

2) Surely Representative Pigman's experience in Iraq does not reflect Islam as a whole. What does it have to do with Islam in our schools? Did he know that 24% of the world population is Islamic? Does Representative Pigman believe that Muslim doctors that he works with are all sexist?

3) Sexism or any other "ism" is not okay. People march BECAUSE our freedom here is NOT everywhere. We work to bring awareness to the needs of women and girls (and people as a whole) all over the world. I believe that the freedom we enjoy, espeically females and minorities, is a beacon of hope and possibility. We celebrate when victories around the globe are achieved. That's why on June 24, 2018 it was largely celebrated around the world, including Sebring, when Saudi women were finally able to drive cars.

4) If you are Islamic and you read the quote in that article how would you feel? If the shoe was on the other foot how would you feel if your state house representative stated that "Christians are bigots and they have terrible family values becasue husbands and wives are not equal and women do what they are told." You would feel deminished. You would look up from your paper and glance at your family and feel sad that this is a perspective people share of you. One that your elected official encouraged and did not denounce.

In my opinion, that response was not appropriate. An overview of major world religions should be taught in a social studies class. Inviting religious representatives to the classroom for an open Q&A would be enriching for the students. After all, people fearing what they are not used to is normal. The best thing is to teach students to step outside of their comfort level to introduce themselves to people different than they are. I will tell you that I have made it a point to do this in my adult life and this is a very enriching life activity.

Still, the question of whether or not Islam should be taught in our schools is never clearly answered by Representative Pigman.

To anyone who was hurt by the response of our representative I am truly sorry. You are wonderful and part of the community. Thank you for choosing to live here and making our lives better.

Zero tolerance policy brings community together in solidarity with hundreds of o...

Politics By: Audrey A

A Nation of Inflation

Who's feeling the sharp increase in prices?

4 Tips to help you slow down when speaking in presentations and conversations. 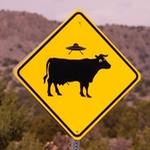 5 interesting facts about memory...you probably knew and then forgot! 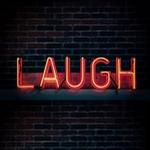 The things that make us laugh aren't always as simple as they seem. 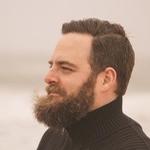 5 Dad Jokes to Make You Chuckle

5 of the greatest "Dad Jokes" around. They're real side splitters.