There was a fascinating article by Jeff Stein in the Washington Post a few days ago about the political strategy behind Florida Amendment 5, which was put on the ballot by a majority vote by the Florida House and Senate at the behast of Governor Rick Scott. Surprisingly, it was not an original idea of Rick Scott and his March in Line majority in the Florida House and Senate.

Amendment 5 would require a “supermajority vote…to impose, authorize, or raise state taxes or fees.” The gist of the WaPo piece is this is a last-ditch attempt by shrinking legislative majorities in Florida, Oregon, and North Carolina to hamstring state budgets and economic policymaking if voters get fed up with them and throw them out.

The idea sprung from the Koch brother (they are down to one over at Koch Industries) and his think-tanks and dark money PACs. Koch tries to spin he is a libertarian – but his is run-of-mill billionaire babble. You know, billionaires who think free markets should only work for them and you should thank them for buying off federal and state legislatures to cut their taxes to the bone. Here’s to you, Cary Pigman. Isn’t it amazing what a $1,000 annual donation can buy? Couple of bottles of wine, at least.

We know they all know (as does Rick Scott) that this is a political stunt that could economically and politically kneecap the state.

The Heartland is currently dependent upon the general revenue fund subsidy because we don’t generate enough property and local sales taxes to pay for our basic needs. The state subsidy supports our local and county governments basic functions from fire stations to roads to police to clean water to the public-sector jobs that keep the rural economy going.

Additionally, our rural economy is dependent upon agriculture, ranching and dairy farming, all of which are subject to the commodity markets and natural disasters, as well as human-induced ones like the tariff war the President has recently begun. If the tariffs negatively impact those sectors, our tax base will further erode making the subsidy even more critical.

The state budget also directly pays into our schools and public health budgets; it pays for emergency relief from the hurricanes and other natural disasters that regularly impact the state. The highway patrol and other public services, our judicial and legal systems…the list goes on and on.

Florida is on a race to the bottom of nearly every economic indicator in the country. We need ideas and incentives to keep our young people from moving to greener pastures. Sure, we can keep drawing in all of us old people, but the future is with the young. That means the Governor and legislature must be dynamic and not subject to gridlock which is what Amendment 5 will usher in.

Vote for responsibility. Vote NO on Amendment 5.

This is an abridged version of an opinion piece printed in the July 16, 2018 Highlands News Sun. Polly Parks, is a resident of Sebring. Formerly, she was a Washington representative for a multinational metal recycling firm handling policy issues and federal contracting. Email her at pollyparks@earthlink.net. 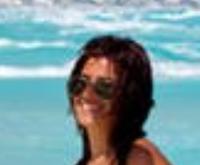 Great Article. Can’t wait to read your articles on amendment 1 and 2!

Why are our local state officials voting against Highalnds County's interests?... 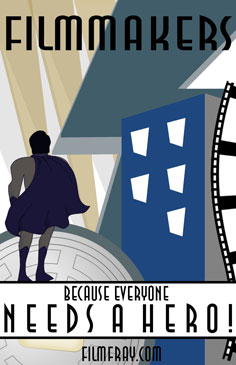