Featured Article: What is Comedy? 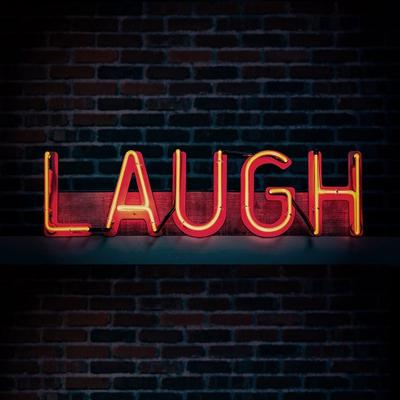 Laughing is the best medicine, so fortunately we have comedy.  Some people say comedy is Tragedy plus Time, others say the difference between tragedy and comedy is just distance.  Mel Brooks says, "Tragedy is if I'll cut my finger, that's tragedy...Comedy is if you walk into an open sewer and die." However you define it, or if you even try, most likely you enjoy comedy and a good laugh.

The modern definition of comedy refers to any act or work that is intended to induce laughter or be humorous.  In Roman and Greek stage-plays, comedy was used to refer to plays with happy endings.  In the middle ages, comedy typically referred to satire, before slowly becoming what we recognize as comedy today.  Most people think of comedy as a genre but really, comedy itself can be divided into a surprising number of genres that have all become their own unique styles over time.  Most comedians and works of comedy can fall in to more than one genre.

We've listed just a few of the many types of comedy below. Differs from traditional punchline jokes which features many other forms of comedy such as observation, satire, surrealism, slapstick and improvisation. In its content, Alternative Comedy emerged as a counter to the establishment entertainment figures from the previous generation: It often reflected leftist, liberal and anti-racist concerns, there were more female comedians, it rejected yesterday's tropes.

A type of indirect humor that involves the joke-teller delivering something which is intentionally not funny, or lacking in intrinsic meaning.

Relies on headlining/important news and current affairs; it dates quickly, but is a popular form for late night talk-variety shows Improvisational (sometimes shortened to improv) comics rarely plan out their routines; television show examples: Curb Your Enthusiasm, Whose Line Is It Anyway?, Thank God You're Here Pokes fun at everyday life, often by inflating the importance of trivial things or by observing the silliness of something that society accepts as normal

A form of humor based on bizarre juxtapositions, absurd situations, and nonsense logic

Deals with disturbing subjects such as death, drugs, terrorism, or other dark topics; can sometimes be related to the horror movie genre Do you have a favorite type of comedy, a favorite comedian, or a favorite funny movie? Let us know in the comments.

Highlands county has a new Improv Troupe starting up and is still looking for interested people of all skill levels to join in on the fun.  Contact Jonathan at jonathan@sebring.com If you're interested.