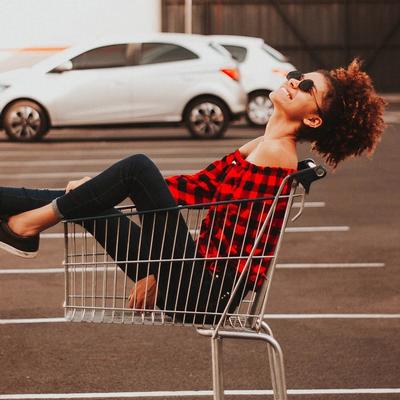 1) The origin of the name is not very clear.

Most people know what Black Friday means now, but there are actually a few different theories on how Black Friday originally got its name. The most commonly believed origin is that being the beginning of the Christmas shopping season, and near the end of the year, Black Friday marks the first day of true Profits for most retail chains. In other words, the first day their books go black. It may also come from the idea that the day after Thanksgiving, many factory workers would take a sick day to give them selves a 4 day weekend, leaving the factories with no staff and lights out, leaving the windows black. 2) Not everyone is excited about Back Friday.

There is always a large amount of hype around Black Friday, but a recent Gallup poll showed that only 18% of American adults approve of Black Friday. Interestingly, 58% of Americans approved of Columbus Day, which is a significantly more controversial holiday than Black Friday. Most of the headlines about Black Friday focus on how dangerous it is to go out in the crowds. As most people who actually go out know, it's not quite the mayhem that the media makes it out to be. From 2006-2016 There were at least 7 deaths and 98 injuries. It may seem like a high number, but statistically compared to the millions of shoppers out on the day the number is quite small. That said, it is still higher than the number of shark attacks. 4) Black Friday is not the biggest shopping day of the year. 5) Black Friday isn't the only shopping holiday around the time.

Black Friday is not the only big shopping day of the year, but it's not even the only big shopping or retail day of the week. On the day of Black Friday, some people celebrate “Buy Nothing Day.” The Monday after Black Friday is Cyber Monday, a day when many of the most popular online retailers deep discount purchases through their website. November 11 (11/11) is Single's Day, a reverse Valentine's day that celebrates being single, where singles buy themselves presents. Last, but most important is the Tuesday after Black Friday. “Giving Tuesday,” Is a holiday that celebrates giving back to your community, charities, and your fellow humans.