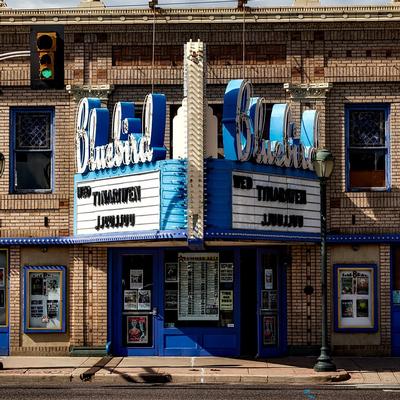 Aritcle by Jonathan Remick of www.Filmfray.com

You may have heard the term B-Movie before, but what are they? B-Movie typically refers to a low budget, less-publicized film, usually produced by major production companies as second features in a double feature release or as a proving ground for young directors to test their talent. They may be low budget, a little on the sillier and/or light-hearted side, the acting may not be the best, or the movie may be outright strange. That being said, there are definitely some B-Movies worth watching, including some of the following. Directed by Peter Jackson
Written by Peter
Jackson, along with Fran Walsh and Stephen Sinclair.

The film follows Lionel, in a relationship with the shopkeeper's daughter, Paquita. Living with his mother Vera in a Victorian mansion, which causes considerable trouble for Lionel. Due to a genetic mutant rat-monkey, the residents of Newtown gradually into a zombie horde.

Often touted as “The Goriest Fright Film of All Time,” though the gore is unexpectedly light hearted and comical. The pace of the movie is best explained as a bolder rolling downhill. The story starts a bit slow, but picks up pace until crashing through your TV at incredible speeds. An unintentionally hilarious sci-fi 'thriller' from anti-genius Ed Wood, so strange and out there that a movie was made about the director making the movie (Ed Wood, 1994). Plan 9 from Outer Space is considered by some critics to be the worst movie ever made, however others argue that it is the epitome of “so-bad-it’s good cinema.”

The story-line concerns extraterrestrials who are seeking to stop humanity from creating a doomsday weapon that could destroy the universe. The aliens implement "Plan 9," a scheme to resurrect the Earth's dead, referred to as "ghouls." By causing chaos, the aliens hope the crisis will force humanity to listen to them. If not, the aliens will then destroy mankind with armies of the undead. The toxic Avenger is a 1984 American superhero comedy horror film that has generated three film sequels, a stage musical production, a video game, and a children’s TV cartoon. Melvin Ferd (Mark Torgl) is a stereotypical 98-pound weakling who works as a janitor at a health club in the town of Tromaville, NJ. Harassed and tormented by the customers, an accident involving toxic waste transforms him into the deformed superhuman “The Toxic Avenger.” Over the top violence and comedy ensue as cult classic hero vengefully saves the town. To pacify the population, after the “World Crash of ’79,” the government has organized the Transcontinental Road Race, where a group of drivers is driving across the country in their high-powered cars, infamous for violence, gore, and innocent pedestrians being struck for bonus points. Meanwhile, A resistance group led by Thomasina Paine, a descendant of 1770s American Revolutionary Thomas Paine, plans to rebel against Mr. President's regime by sabotaging the race, killing most of the drivers, and taking Frankenstein hostage as leverage against the President. Not quite a true B-movie The Final Sacrifice is a noble but doomed attempt to film an old-fashioned adventure film in rural Canada with an ultra-low budget (around $1500) and an inexperienced cast and director. This particular “B-Movie” is best enjoyed on Mystery Science Theater 3000.

A teenage boy named Troy McGreggor finds a map belonging to his late father, who was murdered seven years earlier. Troy’s father, Thomas, was an archaeologist who met his untimely death after becoming involved with a mysterious cult led by a sinister man with supernatural powers known only as Satoris. Troy, running from the same cultists, encounters the legendary Zap Rowsdower and two join forces to stop the cult for making the last sacrifice to their evil idol.